How I Found Outrageous Courage on an African Plain 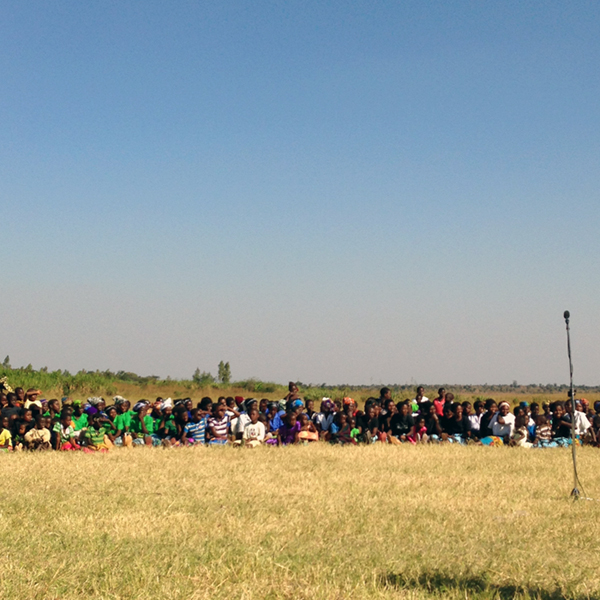 They were arranged in an enormous semicircle in the centre of a grassy plain. There must have been 500 of them at least, seated under an unblemished Malawian sky.  We sat facing them, sheltering from the heat under a cover made from seed and fertiliser sacks, which flapped gently against a crude eucalyptus frame.

Between us and the multitude stood a tall man in a red silk shirt. He had a microphone, and was addressing the crowd excitedly in the Chichewa language. His voice rolled freely out across the plain. Intermittently the speed and volume of his speech would crescendo, and his arms fly toward the sky.

This was a cue for the music to begin. In an instant, every child was on their feet, the reggae beat from rusty speakers like electricity in their small bodies. The crowd was alive; the rhythm pulsed along the line as a millipede on the move. This was a celebration.

I was at a community celebration for project clients, with whom Hope for a Child works, along with its Malawian partners. These people were from rural villages, and the project was helping them by enabling them to access basic financial services, training in business and agriculture, and clean water.

It was a privilege to attend this giant, open air meeting, and join in with so many happy people having a good time. The most striking thing though was not the dancing or the games, the laughing children or the staggering scenery. The thing that left me almost speechless was the statement printed on the back of the T-shirt’s of everyone in the crowd. I learnt an important lesson that day. The people I met were among some of the poorest in the world, if you take income, education access, and health into account. The challenges which they face are extreme. A typical family lives in a remote village, surviving on homegrown food, and perhaps selling a little that is left over. With almost no income (most receiving less than the equivalent of 80p a day) it is difficult to send children to school, or buy basic things like medicine, soap, clothes, blankets and roofs for their homes.

If families want to commercialise their farming to earn more income, there are many roadblocks. They have no access to credit to invest in inputs and equipment, and many lack the knowledge required to know what to grow and how to go about it. If they manage to begin producing crops for market, pests, unpredictable rainfall patterns and widespread poor health all stand to decrease their chances of success. If farmers then succeed in harvesting a crop, accessing markets is a challenge because of high transport costs and poor infrastructure, often resulting in produce being sold in the village at very low prices.

With these complications and challenges in mind, I have often felt that these people could be forgiven for being discouraged, and perhaps blaming their difficulties on a challenging environment. But these people are not.

On the back of every T-shirt of every VSLA member was written, ‘Poverty is one’s choice’. I had a lump in my throat contemplating this slogan as I watched the ecstatic dancers.

I thought about how courageous these people were, to take responsibility for their circumstances, even when everything seemed stacked against them.

This is courage for all of us, choosing not to take the easy option and blame someone or something else for our difficulties. ‘If only I had had a better education’, we think, ‘I would have a better job’, ‘if only my boss could see my potential, then I could get a promotion’, ‘if only I had some inheritance coming my way, then I would have some hope of doing well’. Instead of focusing on what hasn’t happened, we can look for what opportunities that there are. There will always be one, it might just take some courage to take it.

Rhema, the local partner are doing a great job of leading people into adopting this powerful attitude. They are inspiring community members, that no matter how difficult the situation, things can always get better, even if it is one small step at a time. And Rhema are there to support them on this journey.

There was some heated debate within the organisation about whether encouraging members to put this slogan on the T-shirts was a good idea – some felt it was too provoking. And although it has caused a stir, it seems to have had the right effect.

A man called Patison said, ‘at first I did not know why this was printed this on the T-shirts, I thought they were teasing us. But now I have realised… It means they believe I have potential.’ Patison is doing well. He is growing vegetables to sell for the first time. So far he has earned a profit of around £12 from his first harvest, which he is very happy about.

This trip helped me to understand that I am responsible for pursuing my dreams. I am realising that even though there may be many things going on around me that I cannot control, which have potential to discourage me, there is always one thing I can control, and that is my response to them.

To choose to keep going instead of giving up, can be hard. If you need encouragement, find someone to share your life with. Set about encouraging them, give them what you wish you had, and you may just find it coming back at you. 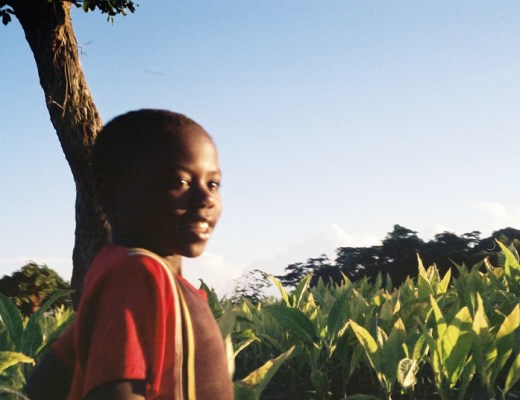