Why Childlike People are the Happiest on Earth 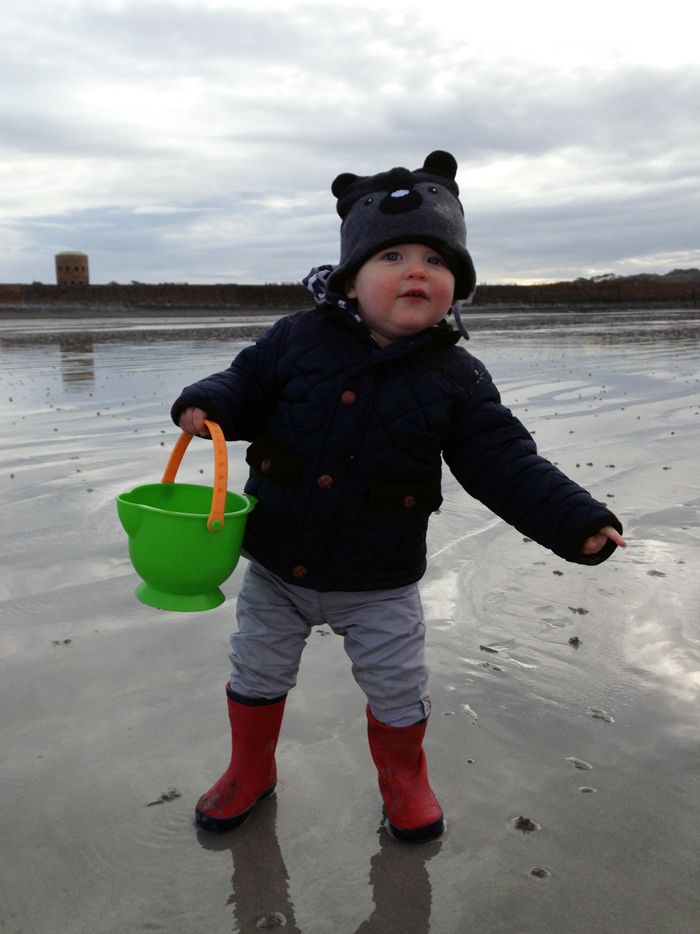 Finally I got to go with them.

We snuck along the pontoon (fishing in the marina is illegal). Arriving at their spot, they baited their lines and plopped them over the side. We waited. Ropes creaked, boats bumping gently, lights from town danced on the oily water. We whispered.

Over the previous weeks my two elder brothers had been going to this spot at night to catch eels. I had previously not been allowed to join them; my parents felt that 6 years old was too young (I can see their point now).

With eyes like planets, I made do with the tales they brought home. At the dinner table James and Nik would expound gruesome accounts of one slippery beast after another being hooked and fought on the line with a great struggle, and manhandled into a sack.

They told of enormous red-eyed crabs with claws like razors surfacing with the bait, but most thrilling of all, of the legendary conger eel. I recall Nik putting down his knife and fork and standing to his feet to tell of the monster that took his bait with an almighty tug, he battling it to the surface with immense exertion, and it rearing its foul head above the surface, before escaping at the last moment and retreating back into the depths with a ferocious lash of its tail.

The stories were usually followed by James producing a five pound note he had managed to earn in return for the catch at the Chinese takeaway. Not only did they get to hunt mysterious sea creatures at night, they earned money doing it. For a six year old, being disallowed to partake in this activity was torture.

The day did come though, when my dad was dropping them off at the harbour and let me stay for 15 minutes.

We weren’t waiting long. After a few minutes James got one, longer than his arm. It came out of the water thrashing like a little tornado. He landed it, to wriggle and thump at the pontoon. With his shoe on its head he removed the hook, and stowed him in the sack. I was delighted.

There was something about bringing a live creature out of the sea that filled 6-year-old me with indescribable wonder.

This sense of delight comes naturally to children. It takes very little for my little boy Sasha to become beside himself with wild joy. He screeches at the sight of a chicken, and giggles at breeze on his face.

For most of us, this doesn’t hang around in adult life – we emerge from our teens stripped of this innocent wonder. What happened?

Perhaps pressures, disappointments or hurt. Whatever the reasons, I believe it can be retrieved. In fact, I think it’s not only possible, but essential if we want to have a happy life and fulfil our purpose.

True maturity is becoming like a child again, and it’s something I want – to be made deliriously happy by even the simplest of pleasures. Yesterday was my birthday, and I hope that as well as growing a year wiser, I’ve grown a year younger too.

How can we be more childlike?

I think there are things that we can re-learn from children, to help us live happy lives too. Here are 4 I can think of.

Scrawled across my desk in faded fluorescent pink paint-marker are the words ‘let go.’ It’s there to remind me to stop trying to control everything in my life.

Children aren’t aiming to work everything out, and are OK with their world not fitting into neat boxes. This need to control things we have, is learnt, and stems from a fear of things not happening like we want or expect, and reacting to correct them.

Living like this stops us reaching our potential, as well as that of those whom we influence. Growth is always messy – it always involves hiccups and mistakes. By trying to control the mess or avoid it, we squash creativity and risk-taking, which we and those around us desperately need in order to thrive.

By trying to control the behaviour of other people we put them in a cardboard box, when they are supposed to be living in a palace.

Life is a lot more fun when we learn to enjoy the unexpected and embrace differences with others rather than correct them – when we simply let go. This involves pushing through that fear of things happening in a way we don’t like or understand.

My brother is fond of the saying, ‘life is not a problem to be solved, but an adventure to be lived’. For you and me, life can be a wild adventure rather than a desperate struggle for survival, if we want it to be.

Children have no problem anticipating good things. If you merely mention the idea that there may be sweeties on the way, or that Disneyland could be on the cards for next Summer, they go wild. They don’t doubt. The fact that it’s a ‘maybe’ doesn’t matter. To them it’s already happening; they’re already enjoying it.

To be childlike and in turn be joy-filled, we need to switch our default from expecting bad, to expecting good. It is certainly a lot more bearable getting out of bed in the morning when we choose to exchange those thoughts of impending doom, for a joyful expectancy of good things.

This kind of hope is not wishful thinking. By expecting great opportunities, provision, friendships and experiences, we are a lot more likely to find them. We don’t discover much, on the other hand, if we make our home in a hole in the ground called hopelessness.

Children trust people, even strangers. This understandably terrifies parents because of bad experiences or stories, however this ability is not bad, but beautifully powerful.

Some people will not trust anyone until an individual has earned it by displaying trustworthiness. However, continually expecting little of people in this way does not help us live a carefree life.

An alternative way of living, is to trust and believe in all people, until they prove themselves untrustworthy. Not only does expecting good from people right from the start help to create new friendships, it is a powerful way of helping others to believe in themselves. Giving people trust that they have not earned is an amazing way of saying ‘you’ve got what it takes to do great things’.

How great would it be if people started thinking positively about themselves just by being around you? We may get let down a little more often, but I think in the long run, it’s worth it. Not carrying around the weight of distrust towards people helps us live lighter, more joy-filled lives. We can regain some of our childlike innocence by believing in people.

There was a stage in my childhood when, on most summer afternoons, my friends and I would hunt for the highest rocks, and throw ourselves off of them into the sea without too much concern for safety. When I revisit these 50 foot drops as an adult and peer over the edge, my mind is swimming with what could go wrong, imagining jagged rocks hiding just beneath the foaming surface.

With age we become more risk averse. This helps us keep ourselves and others safe, but sometimes it’s healthy to override it. We may have less accidents when we keep away from danger, and fail less by shying away from the unknown, but we also miss out on a lot of living.

Without taking risks we can’t progress or achieve anything great. Failure is an essential component in the process of growth – not an enemy. Don’t be hard on yourself when you go wrong or something doesn’t go as great as you hoped. Like a child learning to walk, stand up again and crack on with it.

Many of the companies that are surging ahead in their sectors have developed a culture for their staff that celebrates failure rather than punishes it. They understand that if risk is encouraged, they will have no shortage of creativity, enthusiasm and commitment.

How great would it be to if your workplace, church or club was somewhere where you were congratulated for failure?

If you start putting these 4 things into practice, I can guarantee that life will be more of an adventure. So enjoy learning to be more like a child, with all the wisdom of someone who has been around longer. Life is more fun that way. 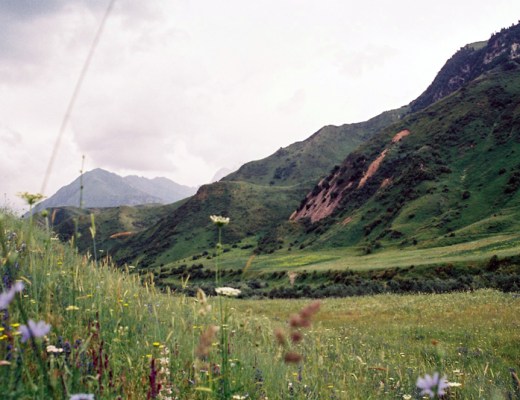 How to Let Good Things Grow from Pain and Suffering 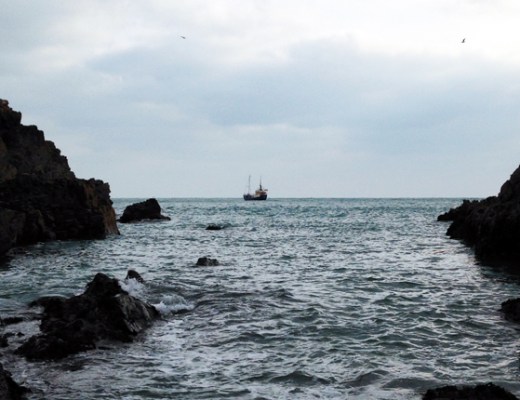 Is Disappointment Holding You Back? 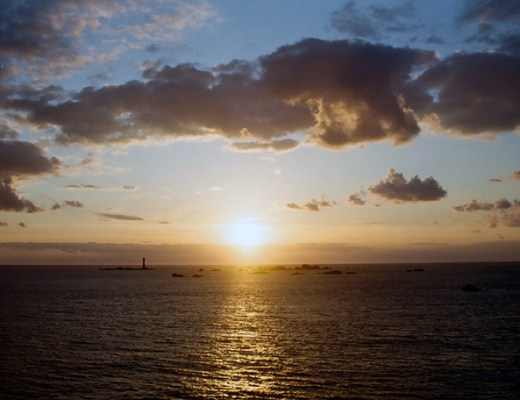 Things Are Looking Up!